Hoi An Tour: a Travel Guide 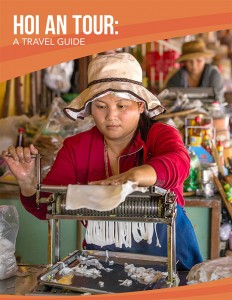 A visit to lush and beautiful Vietnam must include a trip to Hoi An.

Hoi An is a treasure of a city along Vietnam’s central coastline, situated 30 km south of Da Nang on the Thu Bon River. Spared the ravages and destruction of war, Hoi An is a UNESCO World Heritage Site because it is such a perfectly preserved example of ancient culture and architecture. The town’s layout and buildings reflect the history of various indigenous and foreign cultures that have lived in and traded in this bustling port city between the 15th and 19th centuries.

The History of Hoi An 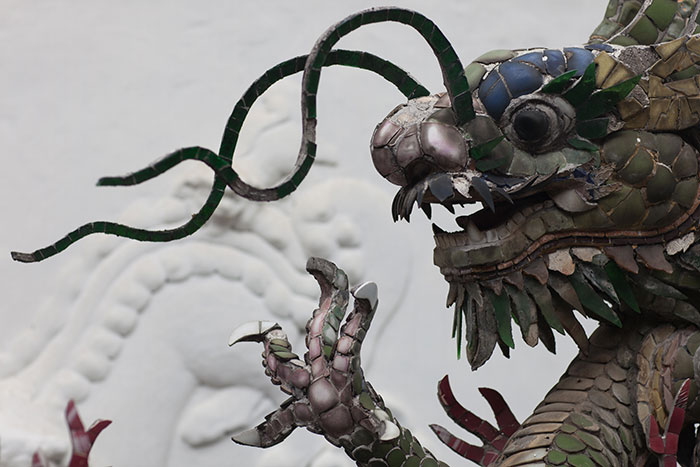 The first settlers in Hoi An were the Cham, and Hoi An was the commercial capital of the Champa empire that existed in what is now Central and South Vietnam. In 1595, Portuguese explorer Antonio de Faria established Hoi An as a major port in the South China Sea and along the Thu Bon River, and it soon became the most important trading port of the South China Sea. Later, Chinese and Japanese traders also visited and settled in the city, and a bustling ceramic trade between Asia, Europe, and the Middle East flourished until the 18th century. When the French arrived and built the new port city of Da Nong, Hoi An’s international power and influence waned even while its ancient flavor was left intact.

Today, the charming city is a magnet for tourism. Visitors marvel at the lovingly preserved architecture of Vietnamese, Chinese, Japanese, French, and other European influences. You can also enjoy the food, culture, and artistic industry of the current residents within an atmosphere of peace and tranquility, for “Hoi An” translates as “peaceful meeting place.”

Food & Authentic Cooking of Hoi An 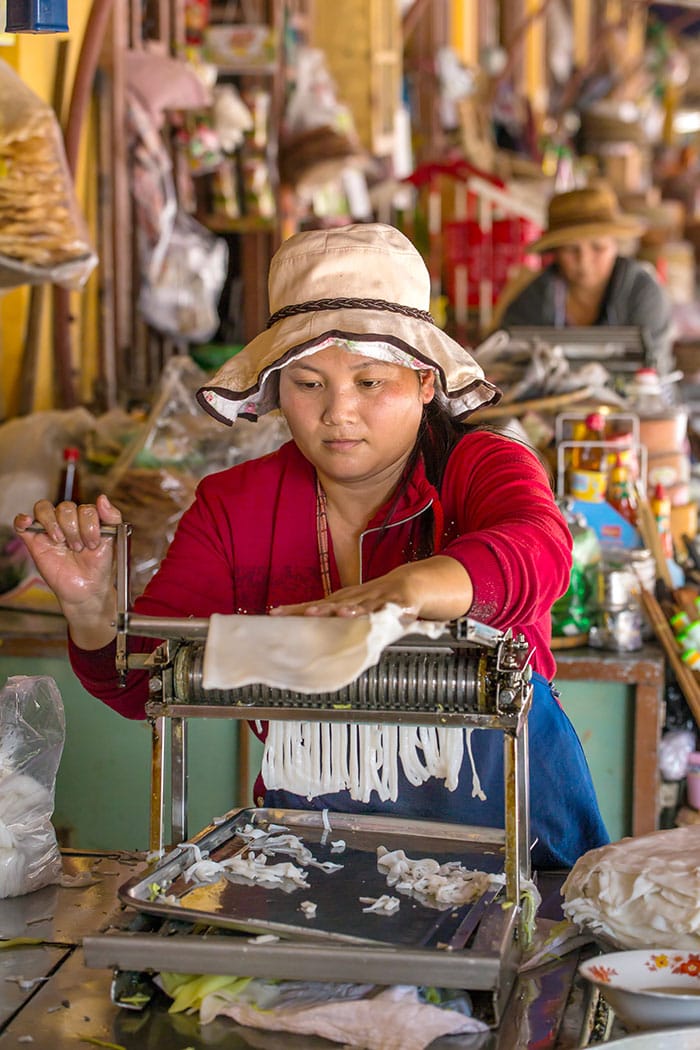 The food of Central Vietnam is on showcase in Hoi An, which boasts a bustling street food scene with lots of roadside stalls near the market and on the beach, as well as higher end cuisine in some of Hoi An’s locally-owned restaurants.

Although you will have a variety of noodle and seafood dishes to choose from, make sure you sample four of Central Vietnam’s most popular dishes: cao lau, a bowl of light noodles, greens, pork, and croutons; white rose shrimp dumplings; quang noodles, which are covered in soup with added shrimp, pork, and vegetables, topped with grilled rice paper and spices; and com ga, chicken and rice. 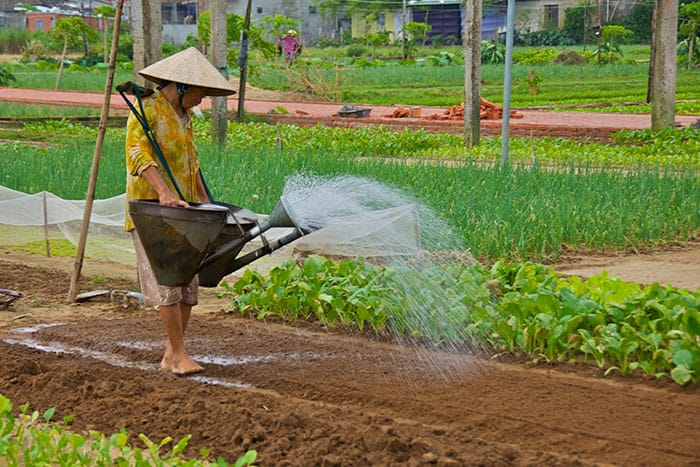 Located a few kilometers northeast of Hoi An, Tra Que Herb Village is both a place to buy some of the most outstanding and tasty vegetables you’ve ever eaten and indulge in a truly enjoyable experience. Tra Que vegetables and herbs are grown using an algae that is found only in a lagoon in Tra Que, and it is this algae that imparts to the vegetables grown here their amazing flavor. Tra Que vegetables are highly sought after in the region, and farms operate all year in the tropical climate.

Tourists are invited to visit the village and try their hand at farming as well as sample dishes made with the renowned vegetables and herbs grown here. Take a tour of the farms, participate in a cooking class, help prepare the ground for planting, and bask in the gentle feeling of this serene agricultural getaway from busy city life. 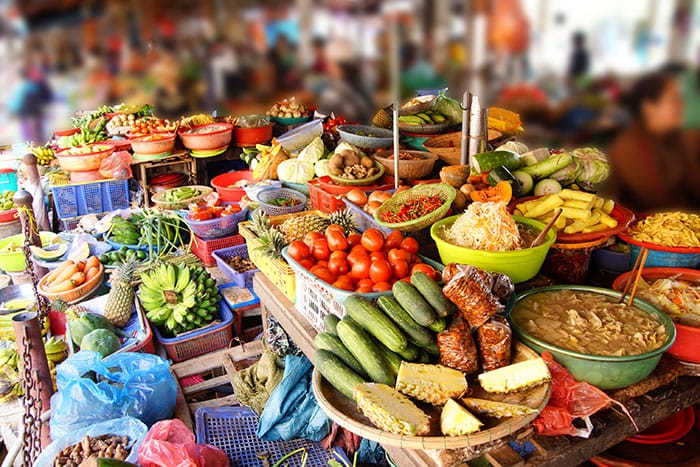 Far more than just a cooking class, the top rated Sabirama Cooking Tour allows you to learn how vegetables and other ingredients are used in Vietnamese cooking while also giving you a chance to really see the Hoi An area in a different light.

The tour lasts half a day and includes pickup and drop-off at your hotel, a tour of the local food market (with commentary on various vegetables and ingredients given by your tour guide), a boat trip up the river, and a ride by buffalo cart to the cooking class. Once at the restaurant, you will be pampered with a foot massage and complimentary drink before getting a hands-on experience in how to make several local dishes using the vegetables and ingredients you learned about on your market tour. Finally, class members will get to dine on their creations in a relaxing, fun atmosphere. 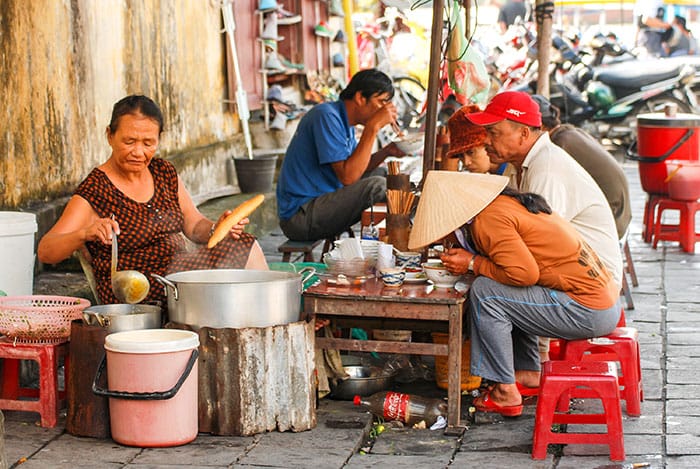 This is the ultimate street food crawl, with Hoi An food stalls selected for their tasty variety of recipes, organic ingredients, and high standards of hygiene. If you are intimidated by the variety of food stalls on Hoi An streets, the Coconut Tour will put your mind at ease while filling your stomach with some of the best food you’ve ever tried. Dietary restrictions are taken into account, as well.

The tour price includes all the food you will sample, but the chance to meet local vendors, learn their cooking methods, laugh with your charismatic and extremely knowledgeable guide, and explore stalls and streets off the main tourist paths is priceless. For foodies and timid eaters alike, this is a tour not to miss.

With over a thousand places of interest to explore in beautiful Hoi An, you will never be at a loss for what to do. Within the city itself you’ll find Chinese, Japanese, and Vietnamese ancient houses, temples, assembly halls, pagodas, wells, and tombs that hail to Hoi An’s ancient roots as an important cosmopolitan port city. The Ancient Town (Old Village) allows only foot traffic and bicycles, so visitors need not worry about dodging traffic or blocking their ears to the noise of car horns and exhausts.

Be sure to put Minh An Ward on your schedule, as this section of two square kilometers concentrates nearly all of Hoi An’s most famous relics. 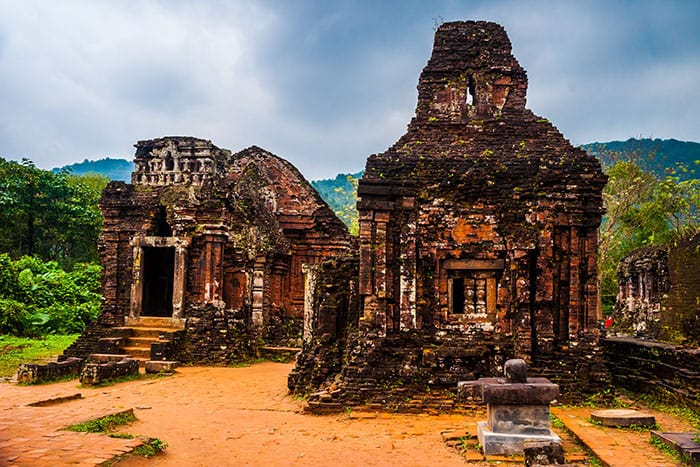 A collection of ancient Hindu temples constructed in the 4th through 13th centuries, My Son was once the religious and political capital of the ancient Champa kingdom, which was heavily influenced by Hindu beliefs and practices imported from India. The sanctuary reverences and denotes the greatness and purity of Mount Meru, the fabled home of the ancient Indian gods. This is truly a unique place with its fired brick and stone monuments and temples covered in sandstone bas-reliefs that speak to the engineering brilliance of the Champa kingdom.

Located 50 km from Hoi An, there are a number of tours available to My Son. The tours are generally half-day affairs, including pick-up and drop-off at a hotel, transportation in an air-conditioned vehicle, and a guided walking tour with a knowledgeable guide. Do not miss this significant UNESCO World Heritage Site. 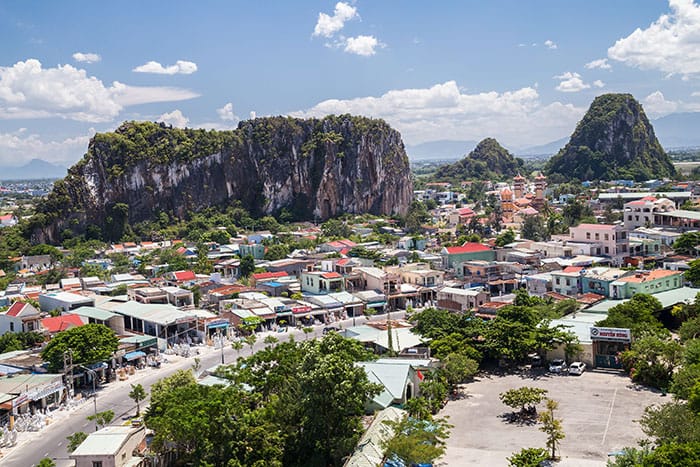 Each of these five natural marble and limestone hills have been given the name of one of the elements: earth, water, metal, fire, and wood. Legend has it that a dragon laid an egg on Non Nuoc (China Beach), which lay for 1000 days and nights before hatching a beautiful girl. The shards of the eggshell then lay on the land until they became the Marble Mountains.

The mountains themselves contain many caves to explore as well as Buddhist sanctuaries and places of worship. Climb up to the top of one of these mountains for a fantastic view overlooking the beach and surrounding countryside.

Or Combine Them! My Son & Marble Mountain Tours 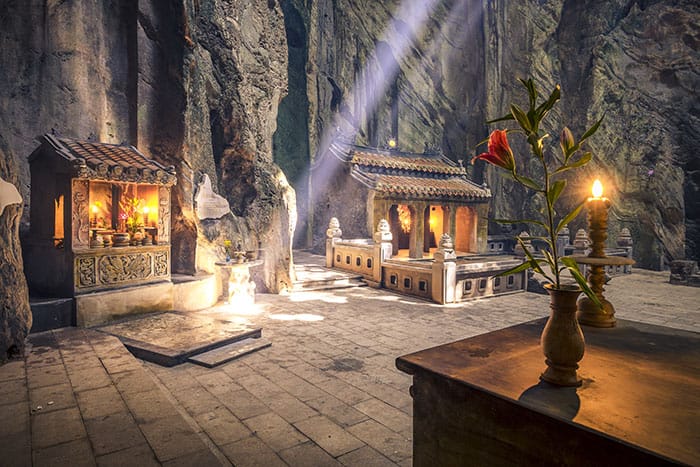 Put both the My Son and Marble Mountain half-day tours into one full day of historical education. Viator offers a trip to My Son in the morning followed by an afternoon at Marble Mountain led by a local guide. Lunch is included. Click here for more information.

Discover Hoi An on a Bike 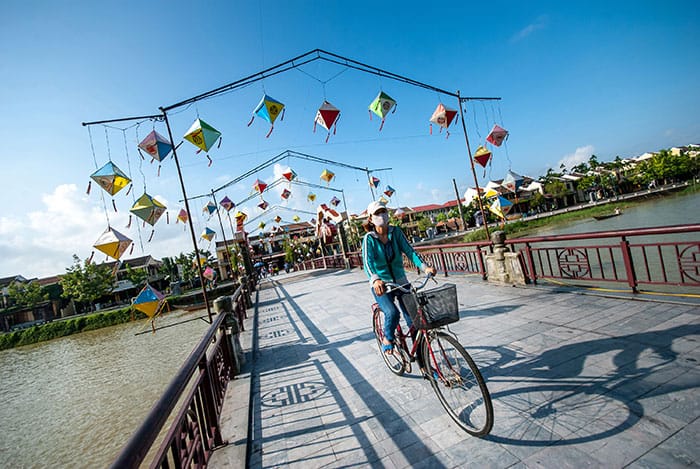 The narrow streets and pedestrian-friendly city of Hoi An makes it the perfect place for exploring by bicycle. 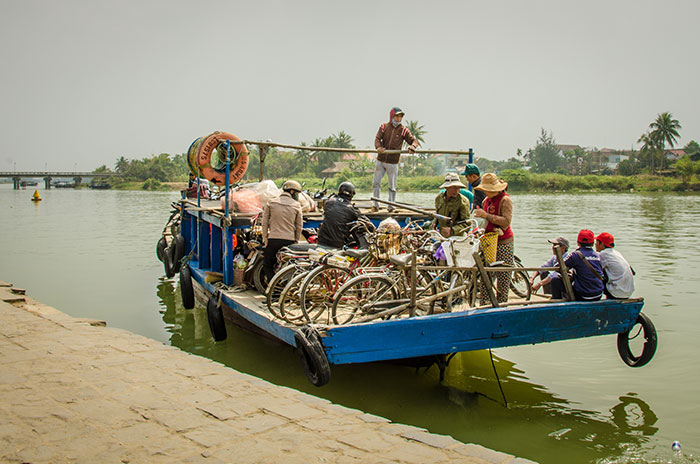 Heaven & Earth Tours promises an “unconventional visit of Hoi An and its surroundings” as they take you off the beaten tourist track via bicycle, boat, and local transportation. Explore the countryside along the river and visit small villages, rice paddies, islands in the Song Thu river delta, and more, breathing in the quiet country air and meeting friendly locals. Choose between a morning tour and all-day tour, with lunch included. 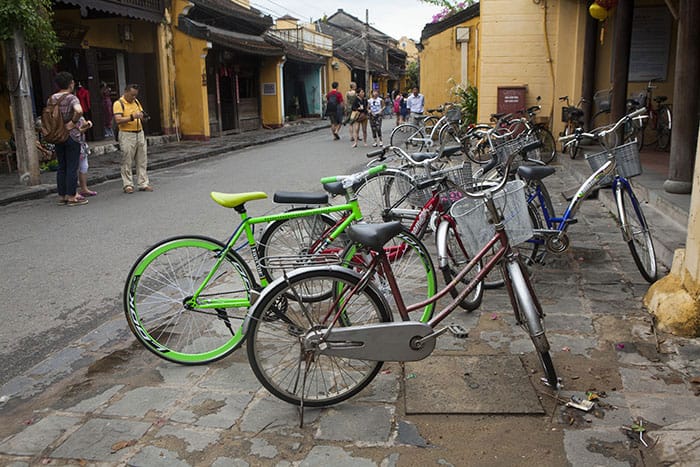 Cycling day tours allow you to get up close and personal with the city of Hoi An and its surrounding areas. Offered by Viator, tours include the Cam Island Discovery Cycle Tour from Hoi An, My Son Backroad Cycle Tour from Hoi An, and Hoi An to Hue by Bike. Besides biking to these historic areas, tour participants are invited to have hands-on experiences with various crafts like mat weaving and noodle making.  Click here for more information.

If you like to see things at a quicker pace than walking or biking, Hoi An can deliver. Ditch the walking or the slower bicycle for a faster ride. 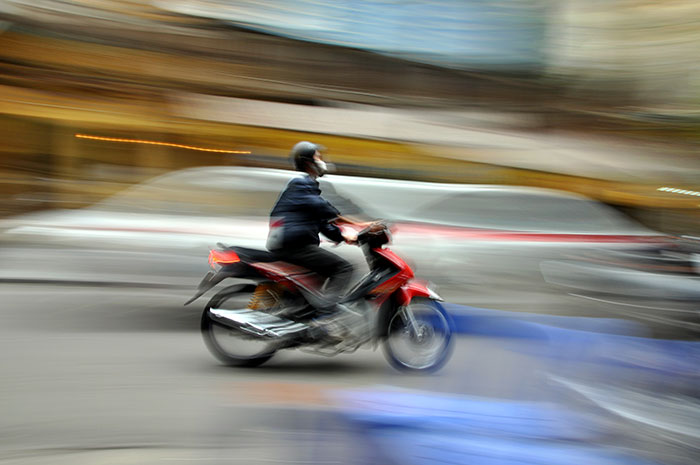 Book a half-day tour, full-day tour, or multi-day tour into Hoi An and the surrounding countryside, and see the real Vietnam from the seat of a motorbike. Avoid the usual tourist traps while sampling local cuisine and enjoying Vietnamese hospitality. Educated guides teach you about the culture, landmarks, and important historical sites you may visit during your time on the road. Click here for more information. 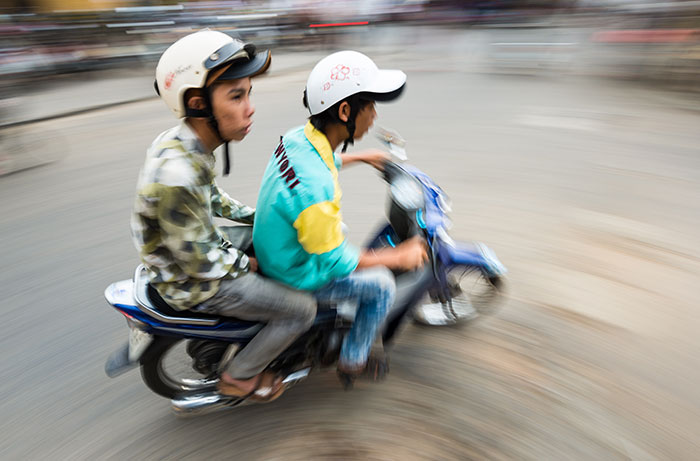 Family-friendly Vespa tours let people of all ages see Hoi An from the point of view of a local. Tour guides act as drivers as well, allowing you to relax and see everything from the back of a motorized scooter, taking you to visit markets, restaurants, shops, and more. Guides speak English and are extremely knowledgeable about the city and its history. Click here for more information. 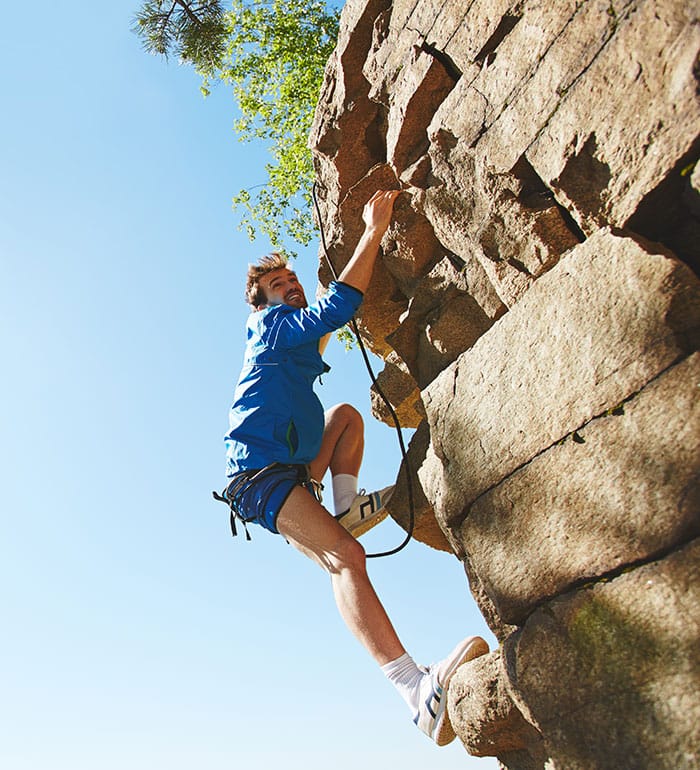 High adventure tours include climbing, rappelling, and spelunking around Marble Mountains as well as touring on a bike or motorized vehicle. Older children and adults rave about the experience of learning the basics of climbing and abseiling (rappelling) down cliffs and in caves. If you’re looking for a bit of a thrill, Phat Tire Adventures delivers.

Learn About Hoi An Culture

Learning about the culture adds indescribable depth and enrichment to any visit to another country. Hoi An has so much to offer—from its ancient origins during the Champa kingdom, its lush mythology, and modern adherence to the festivals and beliefs embraced by the ancestors.

Part of learning the culture is experiencing the same activities that the locals engage in on a daily basis. Hoi An’s rich cultural heritage is exhibited through the trades and crafts of its people, from fishing and farming to preparing meals. 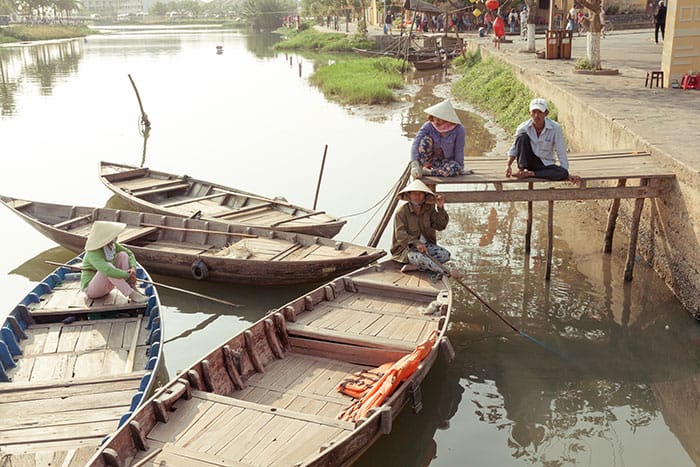 Cycle into the countryside to throw nets into the water for fishing, paddle around in a bamboo basket boat, and try your hand at farming. Jack Tran’s Ecotours give you a personal glimpse into the life of everyday workers and Hoi An community members. You’ll learn skills you might never have a chance to learn in any other setting as well as meeting friendly, welcoming locals. Click here for information and reviews, and here to book one of the many tours. 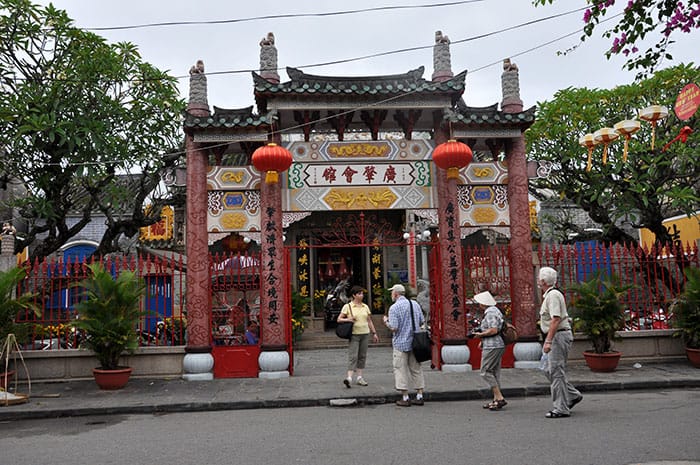 You can expect personal service when you visit Hoi An and nearby sites and villages with Tommy and his guides. Sign up for a day tour or schedule a private tour to see exactly what you want to see. Click here for more information.

Hoi An, located on Vietnam’s central coast and on the banks of the Thu Bon River, is a UNESCO World Heritage Site. The ancient city has preserved its layered heritage in both architecture and culture, giving visitors a glimpse into Central Vietnamese life from centuries past. Over a thousand delights await you both in the small city of Hoi An itself and in surrounding villages and historical sites, including architecture, markets, street food, farming villages, and much more. Hoi An itself hosts great accommodations, excellent food, and plenty to keep you enthralled.

Visit Hoi An and the surrounding areas on foot or car, by bike, by boat, or by motorbike or motorized scooter. Shop the markets and take a cooking class or learn to farm and fish with the locals. 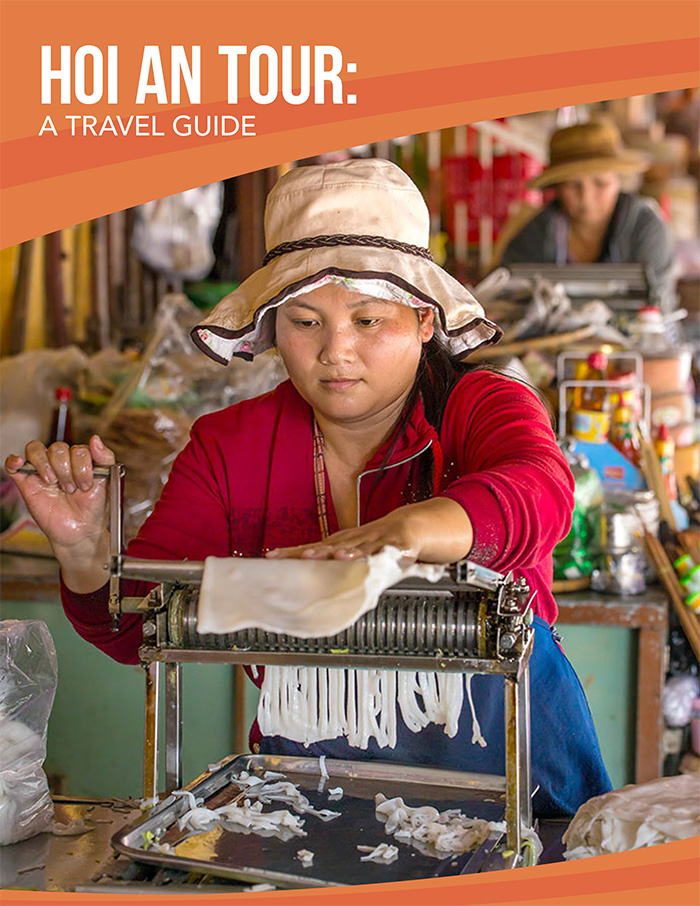