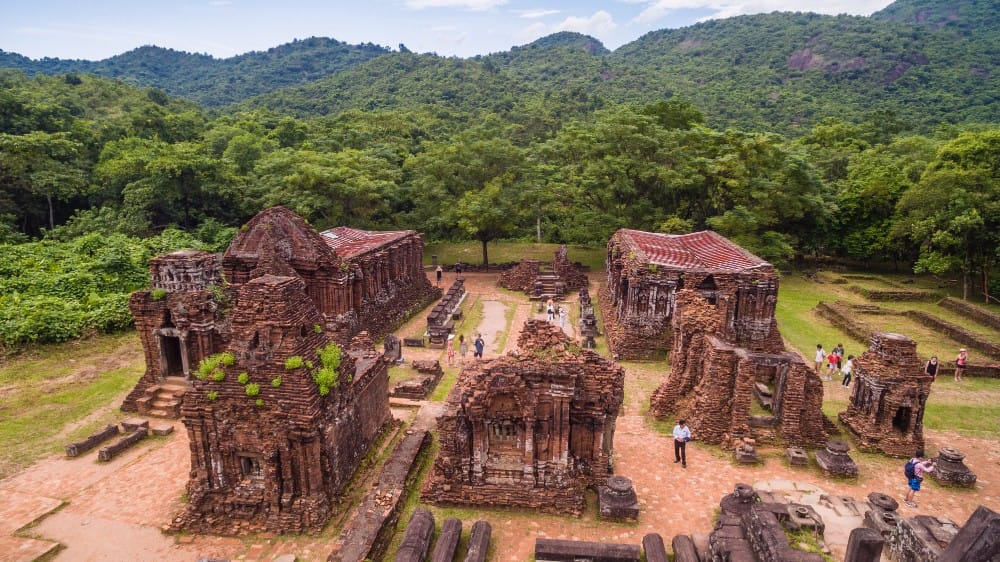 Unlike the neighboring cities of Hoi An and Danang, Mỹ Sơn’s unique allure comes from its incredible historic roots. As the last remaining ruin complex of the ancient Cham Empire, Mỹ Sơn attracts thousands of visitors every year to its ancient Hindu temples and mysterious architecture, making it one of the main heritage sites in all of Southeast Asia. Once the site of religious ceremonies and the burial place of Cham royalty, the valley has since been named a world heritage site by the United Nations Educational, Scientific, and Cultural Organization (UNESCO). The temple complex can be found in the thick brush of the Vietnamese jungle, beneath the Hon Quap (Cat’s Tooth) Mountain. At the base of the mountain lies the source of the Thu Bon River, which is considered to be holy by the local population. As a source of rich history, honored culture, and natural beauty, Mỹ Sơn is the perfect excursion for those who appreciate the solemn beauty of a relic preserved in time.

A History of Mỹ Sơn 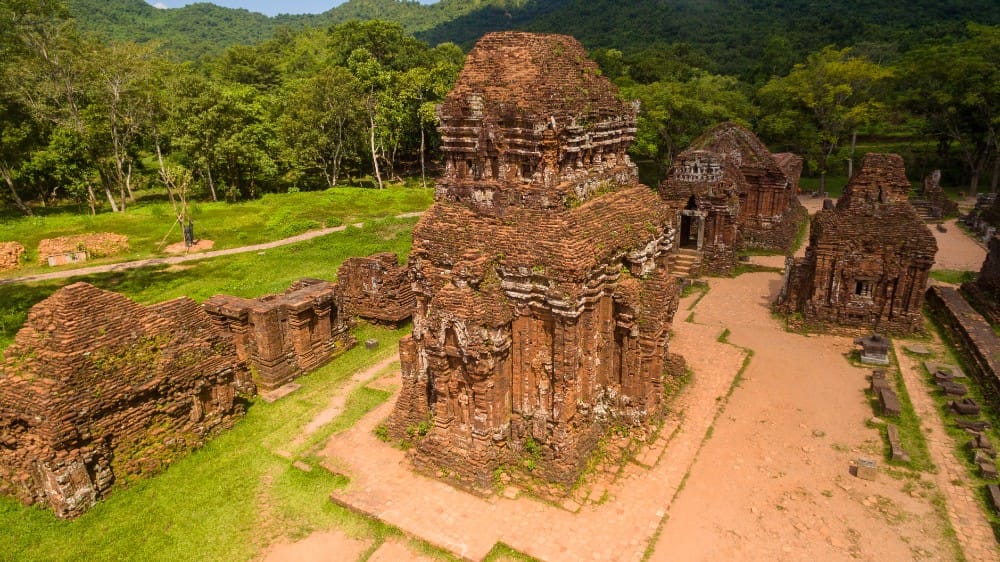 The first temple of the Mỹ Sơn complex dates back as far as the 4th century AD. It is believed that the temple was built during the era of King Fanhuda, who led a great war against Chinese occupation in Vietnam during the latter half of his reign (380 until 413.) Fanhuda dedicated a single hall and the land that would eventually become Mỹ Sơn to Hindu deity Shiva, before warning his successor not to “destroy his gift.” His successors obeyed his warning, and Mỹ Sơn was transformed into a religious sanctuary for the Champa empire in the following centuries.

Upon their rise to rule, it was customary for Champa kings to build their own temple complexes in the valley of Mỹ Sơn. Because the Champa kingdom was loosely based on various tribes of the Cham ethnic group, it was normal for kings to construct halls in service to their own tribes. However, the Champa people were predominantly Hindus; thus, all of the halls built in the Mỹ Sơn valley are dedicated to Shiva.

Over 70 structures were erected, most paying homage to sacred animals like dragons, snakes, and lions, as well as priests, other Hindu deities, and local religious leaders. Though a number of wooden halls were constructed during the time of Champa rule, many structures were destroyed by natural and manmade disasters, including fires and a United States carpet bombing attack in 1969 during the Vietnam War. For this reason, the 18 surviving structures of Mỹ Sơn are almost entirely made of brick.

When to visit Mỹ Sơn 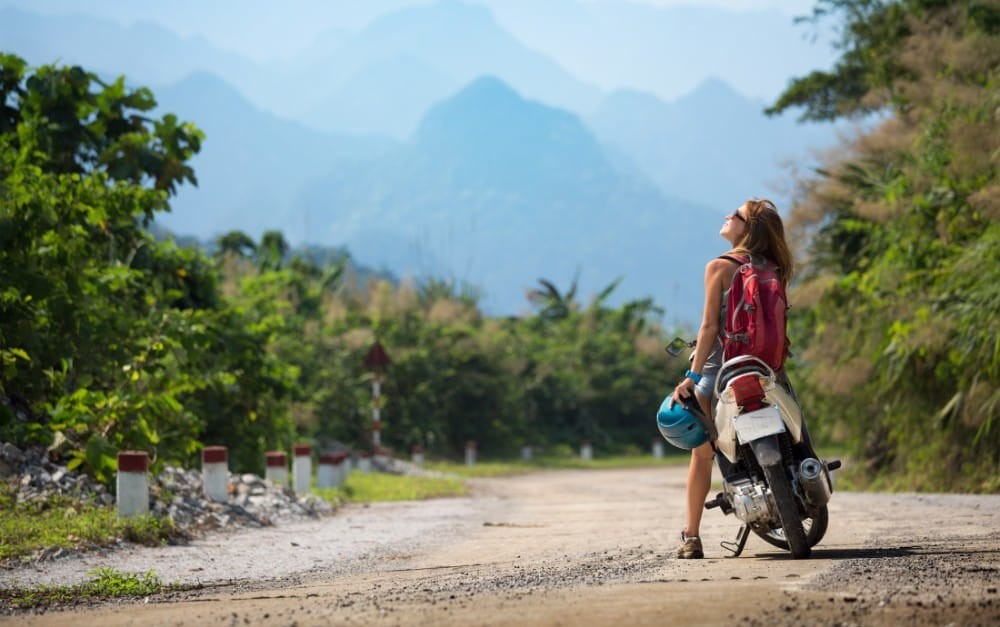 It is generally best to visit Mỹ Sơn when Vietnam is enjoying moderate weather. Specifically, from February to April and between August are October are ideal times to visit because this is when the temperatures are pleasantly warm and there is usually only light rainfall.

If you prefer to explore Mỹ Sơn in relative peace, consider starting your journey as early as 6:30 a.m. to avoid bus tours and crowds. It may also become hotter in the afternoon, which may make it more difficult to walk for longer periods of time.

Where to stay if you want to visit Mỹ Sơn 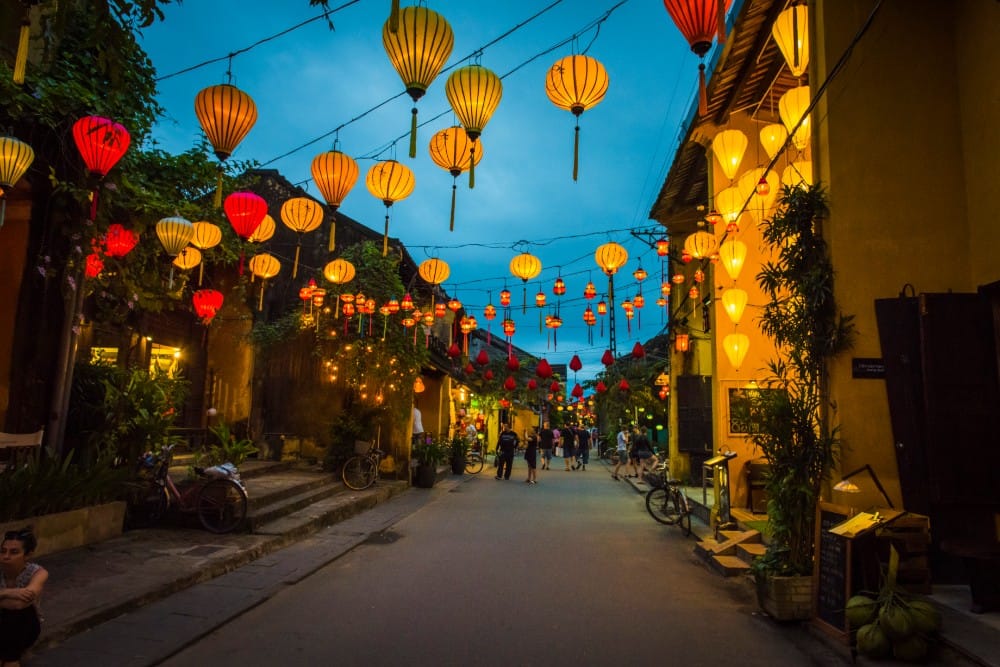 Many visitors to Mỹ Sơn choose to stay in a hotel in the neighboring city of Hoi An. Accommodations and transportation are easier to find in the city, and tourists enjoy the added bonus of exploring Hoi An’s own historic structures, including the “Old Town of Hoi An.” Nearby Hoi An hotels include the River Suites Hoi An, the Royal Riverside, and the Essence Hoi An Hotel.

How to get to Mỹ Sơn from where you are staying 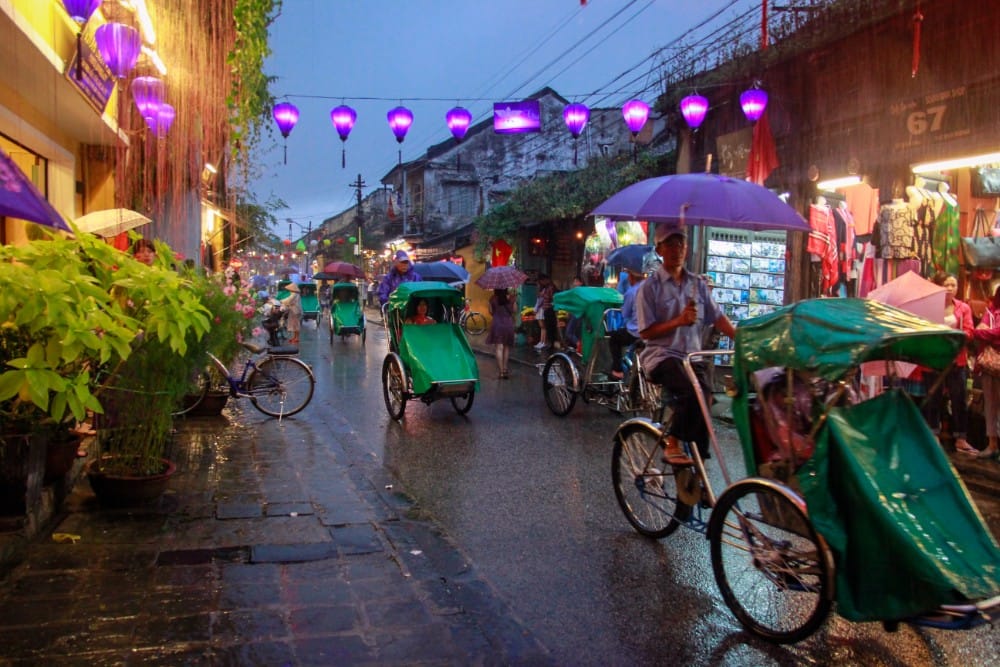 There are approximately 43 kilometers (26 miles) between Hoi An and Mỹ Sơn. Because Mỹ Sơn is in the jungle, it may require a number of methods to enter and leave the valley. Transportation options include: 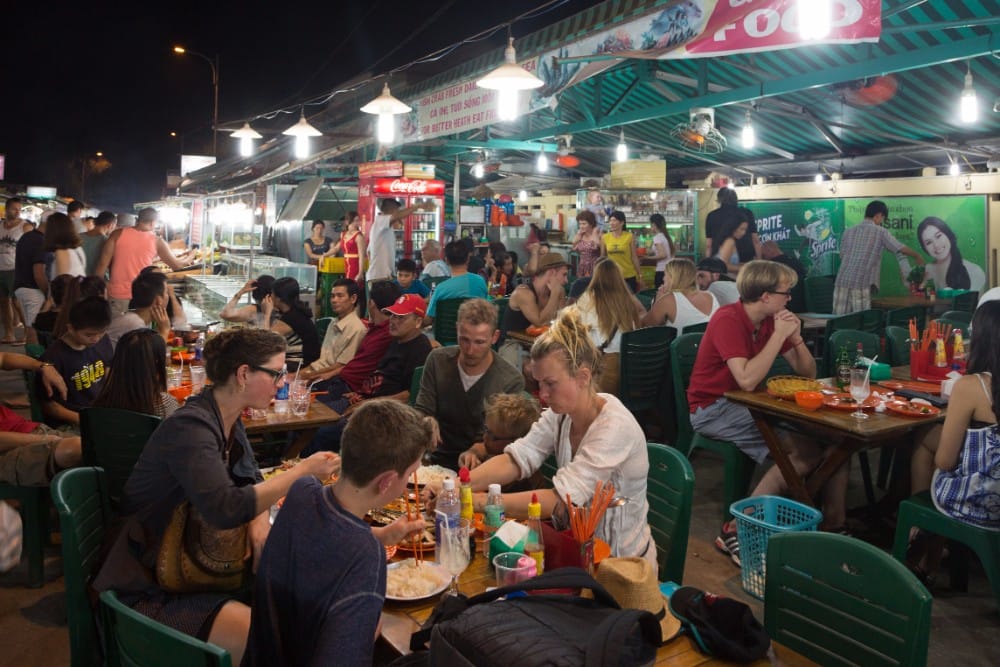 There are many authentic Vietnamese roadside restaurants that are available to tourists on the journey from Hoi An to Mỹ Sơn. Drinks and snacks are also available on the temple compound next to the official souvenir shop.

How long does it take to tour Mỹ Sơn? 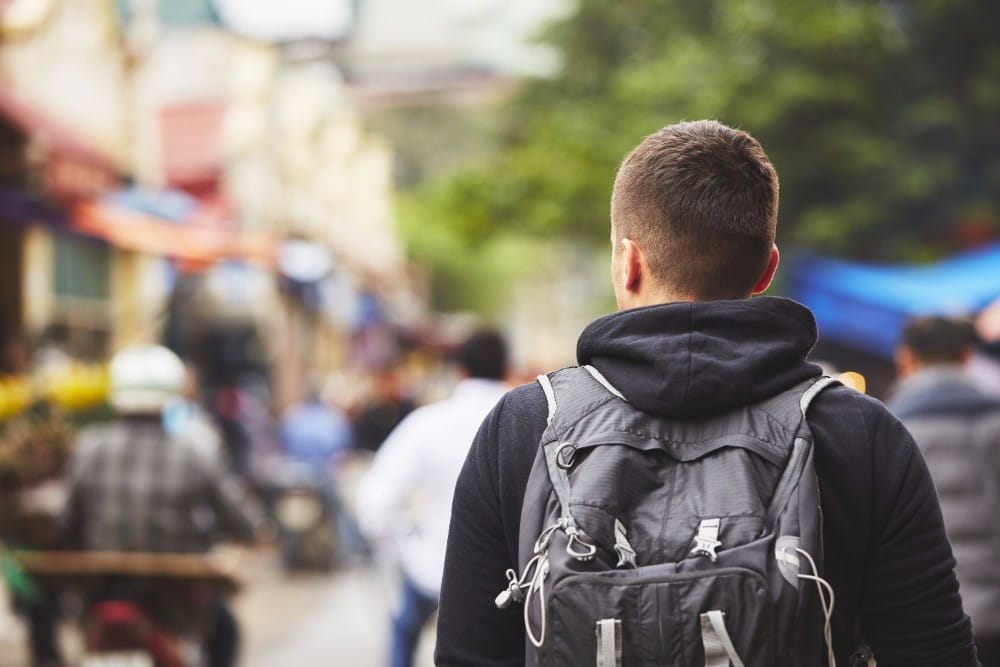 Day tours may take anywhere from one to five hours, depending on how much you’d like to explore Hoi An, Da Nang, or the immediate surrounding sites of Mỹ Sơn. However, visitors may travel to and explore Mỹ Sơn alone, which may account for a much longer touring time to see all of the temple at their own pace.

Do I need a guide to tour Mỹ Sơn? 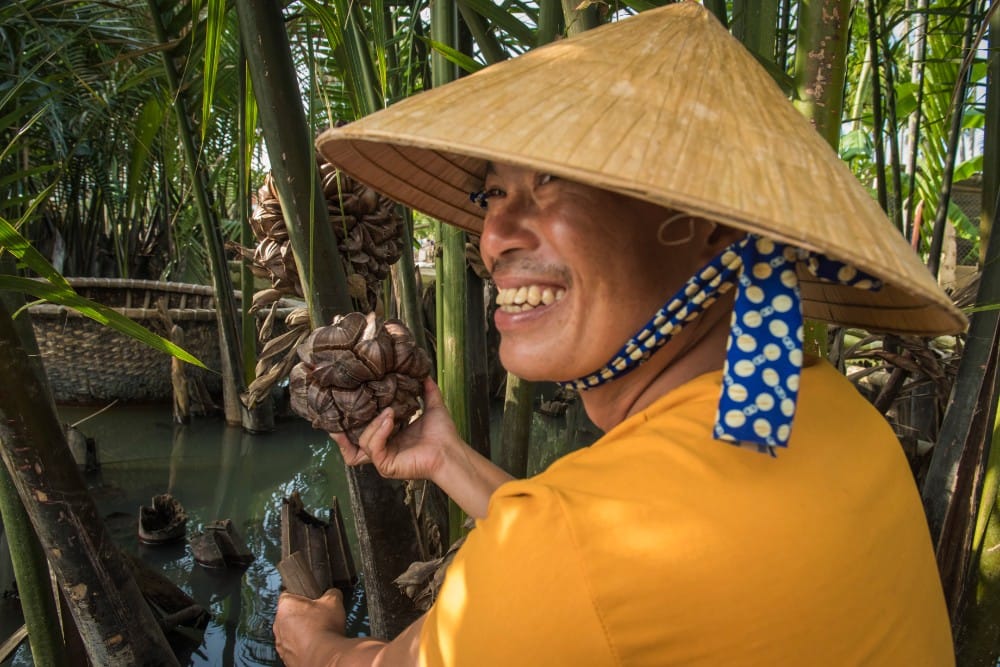 The land of the Mỹ Sơn valley is clearly marked with designated walking trails, which makes it easier to tour the area alone. However, a good tour guide or a tour of the on-site museum may have a positive impact on your experience at Mỹ Sơn. The museum is expert in helping visitors identify and understand the temples’ rich Hindu symbolism and mythology, and a tour guide may be able to alert you to hidden obstructions or variations in the land you are travelling on, as they have likely used the same route before.

Mỹ Sơn’s preserved beauty and rich history will likely be a source of intrigue for decades to come. Be sure to consider and book your transportation ahead of time, sample some local Vietnamese cuisine when there, and make reservations for your accommodations nearby prior to your visit. As a site for culture and wonder for over ten centuries, Mỹ Sơn has stood the test of time against natural and manmade elements to tell the story of a Vietnam that existed long ago.

Distance to Hoi An: 23 miles, or about one hour away

Distance to Da Nang: 38 miles, or about one and a half hours aw ay

Distance to Go Noi: 20 miles, or about one hour away 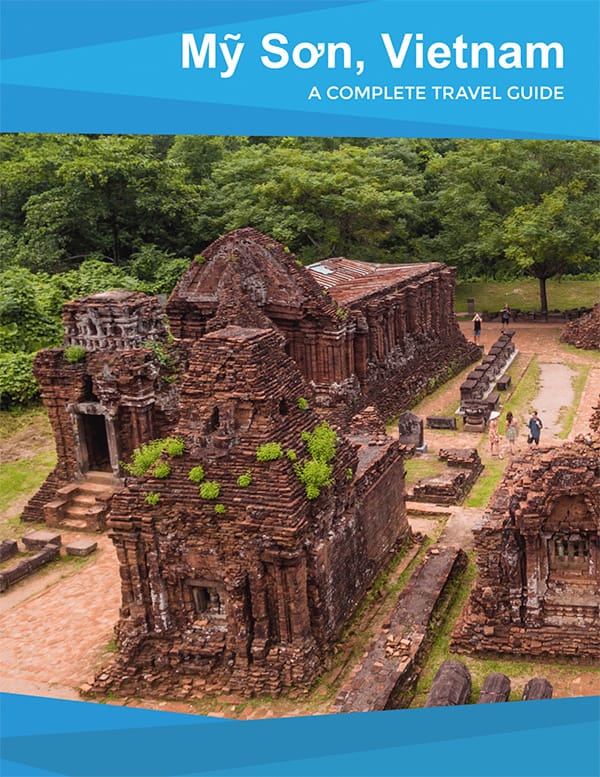