When is Vietnam’s weather best for travelers? 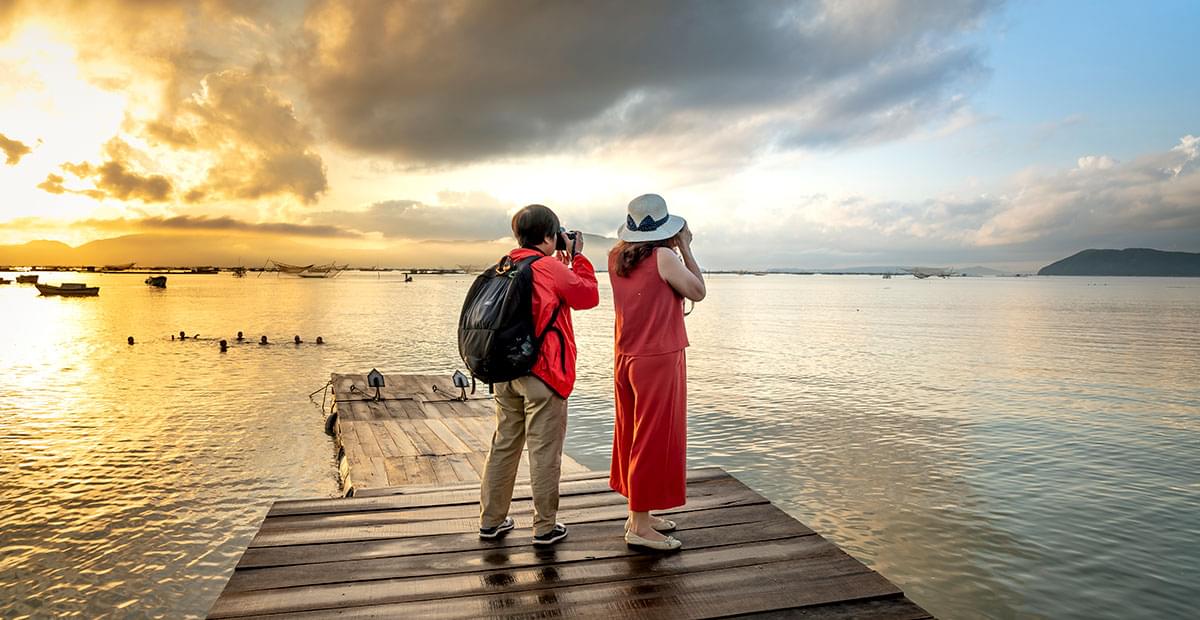 If you are planning on visiting Vietnam, you may be wondering, which months have the best weather for visiting the country?

It is a hard question to answer, as Vietnam is a vast country with unique weather patterns for each region. The truth is that there is never a wrong time to visit Vietnam. At any given time of the year, there is a location in Vietnam with ideal weather for almost every traveler.

So, what is the weather in Vietnam?

Since Vietnam is such a large country, it is best to consider the country in three regions when discussing the country’s weather patterns.

Vietnam has a tropical monsoon climate, a yearly recurrence of a wet season and a dry season. Southeast Asia’s monsoon winds govern much of Vietnam’s weather patterns.

Wet Season- In northern Vietnam, the wet season is from May to October. Visitors can expect hot and humid temperatures and, of course, heavy rainfall during those months.

Dry Season- In the northern part of Vietnam, January to March are typically the cooler and drier months, which some travelers may prefer.

Vietnam has a mountainous area in the far north, and this far north area has a unique climate of its own. The landscape is certainly beautiful. However, it can get quite cold, and has a potential for snow during the winter months. In the mountainous far north, April to September are the wet months, and October through March are the dry months.

When to go: Most tourists find September through November to be the ideal months to visit northern Vietnam. During those months, tourists can escape the summer heat without having to put up with the cold and often misty winters. Be sure to bring a light jacket for the chilly evenings! To read more about traveling in northern Vietnam, check out our Hanoi travel guide.

Wet Season- In central Vietnam, the wet season is from October to December, which is quite different from the May to October wet season in northern Vietnam.

When to go: Many tourists find March to be an ideal time to visit central Vietnam cities, such as Da Nang, and regional beaches. During the October to December wet season, heavy rains can cause floods. The floods can make traveling on local roads almost impossible. During the dry season, between January and August, the temperatures can get scorching hot.

March is an ideal month to visit central Vietnam, as the dry season temperatures are not in full force, and the heavy rains of the wet season still months away. Most travelers who explore central Vietnam use Da Nang as a hub. Learn more about Da Nang and central Vietnam in our Da Nang travel guide.

Also, most tourists visiting southern Vietnam spend time at one of southern Vietnam’s beautiful beaches, such as the beaches of Phu Quoc island, Mui Ne, and Nha Trang. So, when deciding the best dates for your visit to southern Vietnam, consider coming during the months with the best beach weather!

December and January are not only popular months to visit southern Vietnam because of the dry and cool weather but are also popular because they are not in the typhoon season. If you’re traveling by ferry, you won’t run the risk of having your plans delayed due to intense storms if you visit during December and January. Additionally, the water will be clearer during the dry season, as there will be less runoff from rainstorms over the mainland.

Anything else to keep in mind?

One thing to keep in mind is that while some months of the year are ideal for visiting certain regions of Vietnam, the above recommendations do not mean that the other months are bad times for travel! You will simply have a different experience. Some travelers enjoy the predictable afternoon rains during the wet season. Additionally, budget-conscious travelers can find heavily discounted accommodations and other deals when they travel in non-peak months. If you’re interested in learning more about travel costs, check out our useful guide on the cost of a Vietnam vacation.

Many travelers visit northern Vietnam, central Vietnam, and southern Vietnam over just several days or weeks, making it nearly impossible to visit each region of Vietnam during its best months. Again, don’t worry if your dates do not line up with the suggested months! Regardless of your travel months, you’ll have a fantastic experience in Vietnam.

We hope you have a much better understanding of weather in Vietnam and how the weather patterns vary across each region. Go ahead and start booking your trip!

When you’re planning your trip to Vietnam, remember that most visitors need a visa to enter the country. Check out our guide on how to apply for a Vietnam visa for more information. Also, check out our useful guide on what to pack when visiting Vietnam for some useful tips!